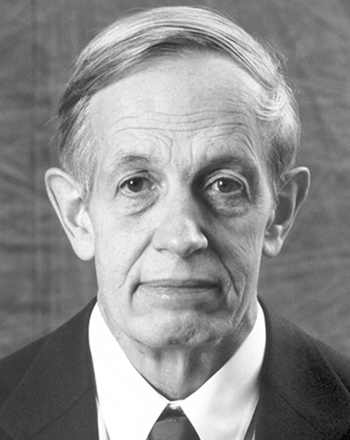 In this installment of “Ask a…” we’re going to talk to a game producer and play my imitation jukebox obscura, where the most dangerous game of all is Ger-man.

I uploaded five tracks and changed the file names, but completely screwed up by not removing the tags. Mr. Producer was a good sport about it.

[The Tear Garden – In Search of My Rose]

Track One: This track strikes me as affectation. Like the dude wearing a top hat in college because it gets people to look at him. I’m not sure if the lyrical repetition is some sort of psychological deprogramming or just a really bad choice. Either English is not the first language for this guy or he was beat up a lot at school. Musically it doesn’t do anything for me.

This is actually The Tear Garden, which is basically the Legendary Pink Dots + members of Skinny Puppy who weren’t dead or smoking crack at the time. (i.e. just Cevin Key) I do think his voice takes a while to get used to but after a bit (and especially on early LPD stuff) it makes a lot of sense. Then again, I am a Current 93 fan and I like Antony, too.

Yeah, I bought a Current 93 album like eight years ago, listened to it twice and decided that it wasn’t my thing. I should probably give them another chance sometime soon.

I’d go with Of Ruine or Some Blazing Star despite the ridiculous title. One of my absolutely favorite records of all time.

Track Two: Ah, Big Black. Now, the mp3s were tagged; however, I mostly avoided looking at them and it’s pretty easy to recognize Big Black, especially since this is one of the tracks from the album that I used to use to drive hippies out of the kitchen when I was living in a student cooperative. Anyhow, this is a bit more melodic that BB usually gets and it’s got a real Husker Dü-style vibe to it. Not my favorite track of theirs, I wouldn’t put it on a mix tape or anything; it’s not bad though.

I love the chorus on “He’s a Whore” because it reminds me of the Butthole Surfers and it’s more than a bit awkward. So in your experience the stereotype is true and hippies just aren’t into anything that’s not 45 minutes of quasi-jazz noodles?

Track Three: Starts off like it might be a really bad psytrance track and then gets rapidly more bearable. The sound design sounds mid-to-late 90s to me, between the trance-esque synth stings and the might-be-guitars fuzziness. I’m guessing that this is from the main EBM period, it reminds me a lot of Spahn Ranch and Covenant. Boring in that it just does the same thing over and over again without really doing anything interesting, no hooks to speak of.

Close, but no cigar – Haujobb. That weird point where some industrial acts were looking at the writing on the wall and trying to figure out where to go next. Download slides out of this same strange gap as well.

Track Four: Percussion reminds me heavily of Orbilivion, it’s got a certain combination of “fatness” and slight delay/echo that’s characteristic of that album, although it’s definitely not from there. Okay, I had to adjust the volume on the mp3 player and I saw the tag on the track, it’s an Orb remix and that makes a lot of sense because it’s got that Orb dub-bass sound although the rhythms are all wrong for the Orb itself, it’s a bit faster and more regimented. Good groove, does a good job of introducing/weaving stuff in and out. Some gamelan/steel drum percussion that always seems to pop up with MBM. Oh hey, Black Moon Jungle. I wonder where that ranks in terms of “most times sampled”, and it would be entirely up to the Orb. Good times.

Yeah this is off of the Battersea Shield EP (it comes in a shield, no less) and is apparently constructed from Meat Beat samples.

Track Five: Ah man, this is good stuff. Clanking and screaming German, so I’m going to guess Neubauten. Excellent baseline and use of factory-style percussion to build the background for the yelling, screaming and assorted crashing noises. Not nearly as long as I would like it to be, I could use a 20-minute long remix for when I’m feeling especially upbeat. I really like this, it hits my sweet spot in terms of a mix of chaos and precision, there’s just enough of each that you’re never particularly at ease, yet it’s not completely stressful. It also helps that the lyrics are in a language I don’t speak, there’s nothing like sitting down with a lyric sheet and realizing that one of your favorite bands has been pumping out doggerel on a level below that of your local poetry slam. (Also, according to the producer who sits next to me at work, the kick is an 808. Nice ears!)

It may very well be an 808, since that fits the time frame. Anyway, yeah if it’s yelling and clanking and sounds like it was recorded in a toilet, it’s probably Neubauten, in this case Drawings of Patient O. T. I think they went completely off the rails in the 90s but this, Halber Mensch and the Strategies Against Architecture II collection are a good place to start and maybe end.

So…why is video game music generally so terrible? Or am i making an unfair judgment as an outsider with little to no knowledge of the creative process?

Well, that’s kind of a tough question because there’s really two eras of game music. The first, which is what most people are referring to when they think of “game music” dates from a period where most game soundtracks were done with the use of a chip that was integrated into the console. This is what’s being celebrated in the chiptune scene, where there’s a certain amount of diagreement as to whether something can truly be “chiptune” if it’s merely evocative of that time period without using one of the actual chips that was embedded in a game console back in the day.

The other, more recent era, is one that started when games started appearing on optical media in greater numbers, meaning that game companies could make use of redbook audio to do their soundtracks. The most interesting trend with this era is the use of “regular” licensed music for soundtracks, with probably the most notable early-ish example being the Wipeout games, which leveraged their techno soundtracks as a marketing device, tying the game and the PlayStation in particular to the rave scene in England, to the point where one of the Wipeout games shipped with an insert in the manual that looked just like a perforated acid sheet. I don’t really think that this is what you find so horrific, mainly because some of these soundtracks, most notably the GTA ones, are actually quite good.

So, having some prior knowledge about your peccadilloes when it comes to game music, I’m going to guess that you’re talking about the first era, mainly because that’s what tends to get fetishized by the “gamer” community, to the point where you get things like the chiptune scene and the Videogame Live concerts. And I think that the reason that you find them terrible is that people are treating them as Music rather than Game Music and generally, Game Music doesn’t stand up as Music. I would be surprised if you got somebody who didn’t play the games who would be into the music. There’s a powerful nostalgic connection there that’s part of the overall trend of self-indentification in regards to games, that’s a whole ‘nother essay though.

Another reason that I think you find game music so distasteful is because none of it is really going to fall into your wheelhouse stylistically. It seems to be dominated by blippy electronic replications of a) high energy hair-metal/butt-rock or b) sweeping semi-orchestral pieces in the Classical/Romanic Crossover Period for 3-year-olds School. Although I don’t have an actual manifest for your music collection, I can take a good guess that neither of these genres are particularly well-represented.

Have you ever met anyone who referred to themselves as a “rivethead”?

I spent an extended period in college hanging out with guys who ran the local industrial/goth night at the (usually gay) local nightclub and who also played Warhammer 40K in their garage until 3 in the morning on a Saturday night while discussing the best way to build a bong into a motorcycle helmet. So that’s a “yes”.

So how do you build a bong into a motorcycle helmet?

Well, it’s actually a pretty tough engineering question. The consensus seemed to be that a bong wouldn’t be very space-efficient and the best way to do would be to have some kind of vaporizer built into the helmet, probably just off of the chin, with a switch that you could activate either by biting on it or flicking some sort of switch that would set off the vaporizer to well, vaporize a pre-packed load that would then go into a mask-style arrangement that was around your mouth, not your nose.

And the best and worst things you heard in 2008?

In terms of albums relased in 2008, my selections are going to come from a pretty minimal list as I don’t do a great job of keeping up with current releases. I prefer to let music filter down to me through the years like some kind of blind oceanic bottom-feeder. With that caveat, I would have to say that Genghis Tron‘s Board up the House and Health‘s Health//Disco have been my favorites of this past year’s albums. The former is well-done metal/grindcore album that just happens to be done entirely with electronic instruments while the latter is actually a remix album that contains probably your least favorite single of 2008 (that being the Health/Crystal Castles track that you described as something like “IDM for the emotionally retarded”); however, I dig on it as a collection of mostly-noisy electro.

As for worst, I really don’t get the plaintive-whiny indie rock thing. I spend a lot of time in the car listening to the local college radio station and a fair amount of the time I prefer to drive along in silence rather than listen to some guy sing through his nose over some jangly guitars and a deliberately off-tune glockenspiel. I know enough reasonably intelligent people who like that kind of thing that there must be something there; it just gets up my ass though.

Yeah, the wife loads up on the story song jamborees (the current favorite is The Felice Brothers, who are a slightly more stylish version of The Band) and their cousin, the lady with a guitar and a drum machine.

Ok, to close things off, please sort the following in rank order from most tolerable to least tolerable:

Tagged as ask a..., ludodeliciously, yes i just up and did use the term 'rivethead'