While reading Thoreau’s comments on the lenses of specialists in the field of cultural interpretation, I thought of this essay on a very Brit hyper-hybridity popping out amongst their kingdom of sub genres. The essayist above draws together a slew of really disparate threads into a coherent – if not very convincing – narrative about (I think) what happens at the margins of genre. I’m not entirely sure, but I find it interesting writing about largely uninteresting music.

This one’s even more relevant to Thoreau’s topic, or maybe it’s simply that I can follow it more easily. That essay was written partly in response to this hilarious character assassination. If IOZ was British, straight and cared a lot about hating dubstep, he might read this essay. I can’t say I actually follow most of the personal snippiness, or even agree with him on most points, but it is a funny read. [1] END_OF_DOCUMENT_TOKEN_TO_BE_REPLACED

Tagged as bass cars, dubstep, earnest clumsy fumbling, if you have a bass car i sincerely hope you die of painful cancers, the spontaneous joy of youth

Dogs and Cats Living Together 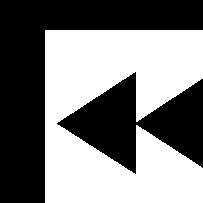 Though I often throw stones at their staff’s lack of research into the particular esoterica I’m familiar with, this piece on the resurgence of cassettes is exceptionally well done. I grew up listening to cassettes, so the whole thing is mostly baffling, but the economics of it make a bit of sense. There’s also the unique exclusivity of using a dead medium, without the bratty edge of the folk who put out stuff on 8-track.*

As mentioned in this post, my efforts to find out more about a band called Leech** will apparently involves a cassette label.

Neat-ish, but problematic. I have no way to play the things.

I haven’t used a cassette deck in about fifteen years, and there’s plenty of good reasons why. The sound quality kinda sucks it and the hissing is irritating. They break. They’re linear to a fault.

The single greatest thing about my first cd player (which I got by trading Garage Days Re-revisited to a friend’s older brother) was the ability to listen to the same song over and over again. I could not have been more blown of mind than had you showed me an iPhone.

** A glib description would be Godspeed You Black Metal Emperor, but a more evocative (and accurate) take is Slint sent forward in time to live in a cabin and write overly long jams that just happen to be stunning.

Tagged as nostalgia is a dead woman who hates you, the hippies we will spare after the fall, the spontaneous joy of youth, true authentically real black metal

Tagged as acid damage drum major, boredoms, Live, the hippies we will spare after the fall, the spontaneous joy of youth

A few years back I wrote an email to a friend who had asked for an Aphex Twin recommendation. For whatever reason I closed my email to her with the following line:

“Burroughs was the Venetian Snares of magickal sodomy. SAW2 wears a rubber glove.”

Now, that doesn’t make a damn bit of sense whatsoever. The first half – maybe? I can see the argument if you’re fresh out of some of the mid-70s work, all done up with wire hangers and metaphors and executions. The second half is totally pointless and I’m really sorry, A., because that wasn’t even remotely helpful. 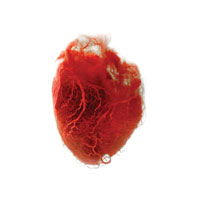 If their debut album was a small boat floating down a creek on a humid summer night, and their second album was a slightly corny campfire sing-along, then Love is Simple is Akron Family running a riverboat that only allows you to gamble on frog races.

Now, does that make any damn sense? No, it does not. But it’s true.

“Ed is a Portal” – ok? There are something like seven musical styles in this song, and over those six minutes you get drum machines and synths, the campground vocal harmonies they love so much, twangy geetars, and some other stuff too. I mean, it basically comes down to this – do you like good things? Yes?

Tagged as Akron Family, the hippies we will spare after the fall, the spontaneous joy of youth