Tag Archives: today is the day

Today Is The Day: What’s So Experimental About Metal, Anyway? 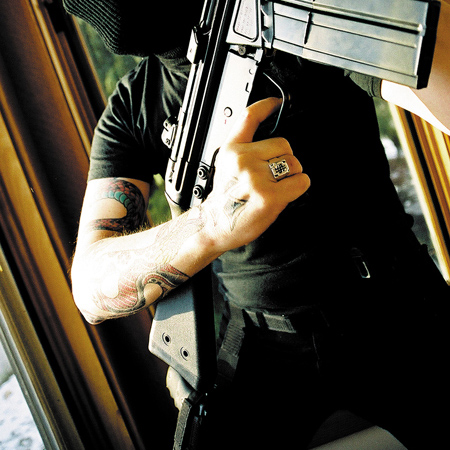 Steve Austin strikes me as a singularly-minded sort of fellow, for better and for worse. Just read this Metalsucks.net interview; Mr. Austin might seem crazy, but no one could argue he is not dedicated to his work; Today is the Day is the story of that dedication. The band has seen a number of folk shuffle in and out of the lineup over the past 16 years, but for my dollar they’re one of the most consistently interesting “heavy” acts ever.

The question of what makes this body of work “experimental metal” – as was raised in the comments section of this post – rather than one of the other twenty-five available genres is a fair one. As a dilettante, I can offer a possible solution to this everlovin’ question of genre without too much baggage:

Today is the Day is weird. (“Atypical”, in other words.) END_OF_DOCUMENT_TOKEN_TO_BE_REPLACED

Tagged as dreadfully obvious classics, indie prog metal with a jazz-tap twist, the death of loneliness, the guidos used to call this sort of thing "kill your mother music", today is the day 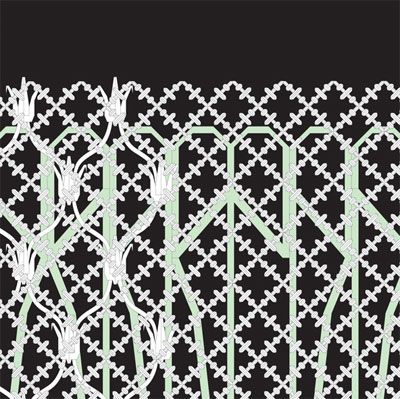 Sometimes things don’t work out the way we want them to.

Weedeater cancelled from this show, leaving Wetnurse and Today is the Day. Despite the tiny crowd that had come out of the rain, Wetnurse really tore it up. They play an interesting mix of NYC hardcore with a lot of thrash influence and odd melodic flourishes. Invisible City is a neat album, especially the ripping bounce of “Life at Stake” and fellow barnburner “Sacred Peel.” I ended up with two copies of the CD because the merch guys didn’t have change, but such is life.

So the main event, playing all of Axis of Eden to a backing film that was created specifically for the album?

The main event was terrible. It saddens me to write this, but the lineup wasn’t up to snuff, the film was laughably bad, and breaking off stage between every song is a great way to kill the energy in a room. END_OF_DOCUMENT_TOKEN_TO_BE_REPLACED

Tagged as bad student filmmaking, today is the day, wetnurse

Today Is The Day – Axis Of Eden

I don’t like the way this album sounds, all muffled and muddy and kind of smashed in the parts that should be more dense and dramatic. All the space was used for the drums – which are admittedly ridiculous because Derek Roddy is a machine – but everything else, including Steve Austin’s vocals, get very little room to breathe. The man has destroyed his voice over years of dedicated screaming, but despite this – and as every other Today Is The Day release shows – the processing and layering used sounds great with a bit more room to bounce around.

Stylistically, this is more along the lines of 2004’s Kiss The Pig, their last album on Relapse; their split with the label is covered on “Broken Promises and Dead Dreams” in the typically amicable and friendly style that fans of Austin’s work are so familiar with:

Tagged as blastbeats and i think something else is in there too, subtle nuances, today is the day

Today Is The Day – In The Eyes of God

Of all the bands I like that my wife does not, Today Is The Day may be her least favorite. She will grudgingly acquiesce when I rail about how talented and intricate the playing is, but when it comes to the vocals – lady just can’t hang.

While for the sake of sanity and marriage I will write “I can’t entirely blame her, since Steve Austin‘s near-falsetto screaming can be a little harsh” but we all know the real deal, Neil. This band is ridiculously good. END_OF_DOCUMENT_TOKEN_TO_BE_REPLACED

Tagged as marital strife, today is the day